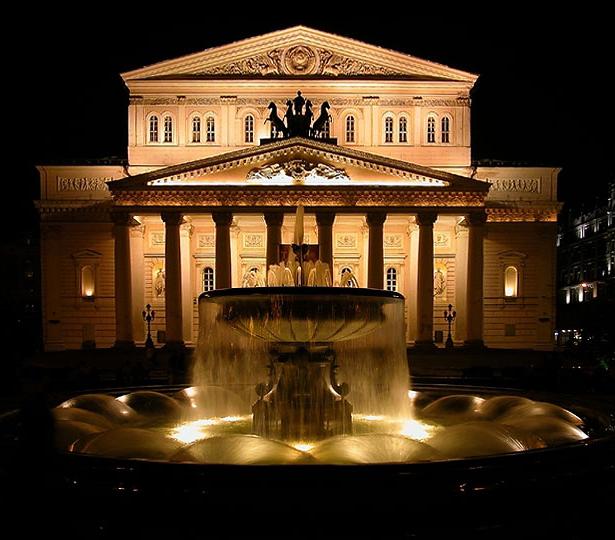 The Bolshoi Theatre in Moscow is home to the Bolshoi Ballet and Bolshoi Opera, both among the oldest and most renowned ballet and opera companies in the world.

Imagine how it would feel to have this opulent building to yourself – to go behind the scenes and witness the magic of the theatre at work?

We can make this happen!

We invite you to join a magical and historical tour of the famous Bolshoi Theatre!

For almost two hours you will feel like royalty, having the entire theatre to yourselves. If you love glamour, history and theatre, and want to learn about the secret rooms, then you don’t want to miss this!

Among the  stars of the Bolshoi, you might know Maya Plesetskaya, Galina Ulanova, Anastasiya Volochkova, Maris Liepa, and Nikolay Tsiskaridze.

In late 2011, the Bolshoi theatre re-opened its doors after undergoing six years of major renovations. The theatre company’s history goes back to the late 18th century, when productions were first staged out of a private home. In 1825, architect Joseph Bové designed the public building we recognize as today’s Bolshoi. During the Soviet years the Bolshoi was reconstructed a few times and the original tsarist interior and acoustics were seriously damaged. But with the recent renovations, the unique acoustics and the interior decorations of the theatre are restored to their former glory.

Today, the Bolshoi today is one of the most technically advanced theatres in the world. During your tour you’ll see the fabulous halls with their restored 19th century interiors, learn about the technologies used in the theatre today, and even go behind the scenes to watch a rehearsal. You’ll also get a chance to visit the lower lobby, the White Lobby and the luxurious Great and Small Halls. You will also learn about the features of Beethoven’s underground hall-transformer: in just a few minutes the space can turn into a concert hall, orchestra pit, a choir hall or into an auditorium, depending on the event.

The highlight of each tour is a fabulous view of the main stage of the Bolshoi Theatre from the box next to the Emperor (the Presidential box). And if you’re lucky, you will see a rehearsal and installation of the scenery for one of the theatre’s upcoming performances. If the mood strikes you, you are also allowed to take off your shoes and feel like a Star of the Bolshoi dancing on the rehearsal stage. 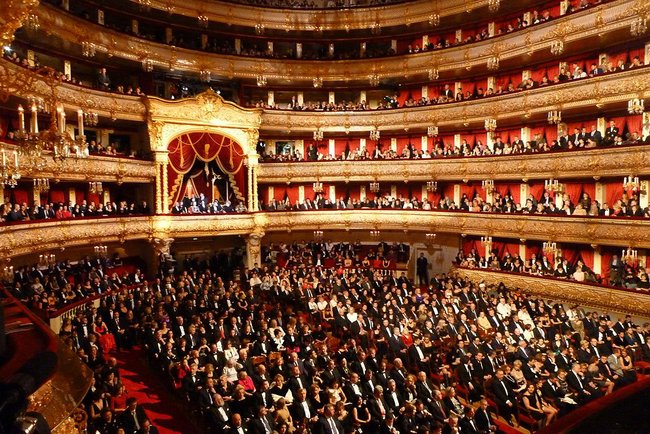 Main stage of the Bolshoi Theatre.

The magic continues when we go to workrooms to see how costumes for the opera and ballet are created. There you will see mannequins displaying the names of the Bolshoi stars and watch as the seamstresses create magnificent hand-made costumes. The theatre is very proud of its dress-makers and this craft has been passed down for generations. All embroidering, dress decorations, opera costumes and ballet skirts are manufactured by the Bolshoi itself. 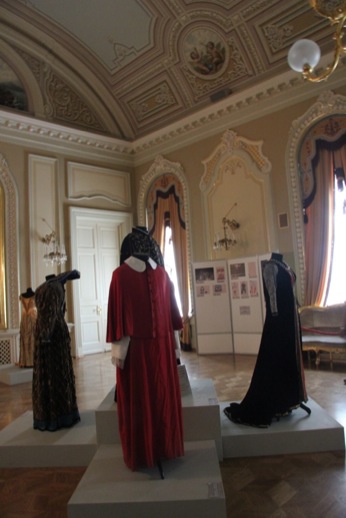 Exhibit of opera costumes in one of the Theatre’s lobby.

We can enter the Bolshoi for these small tours until the middle of July. At that point the Theatre closes until September.

Don’t forget to bring your camera to take magical pictures of this once in a lifetime opportunity!